Like I had Gandalf’s staff, I stomp my foot down and yell ‘you shall not pass!’ Blocking the entrance to pleasure town, he’s turned away and denied entry.

This is my memory of when I interfered with my house mates sexy time plans and intervened to prevent an absolute douchebag from crossing our apartment threshold. 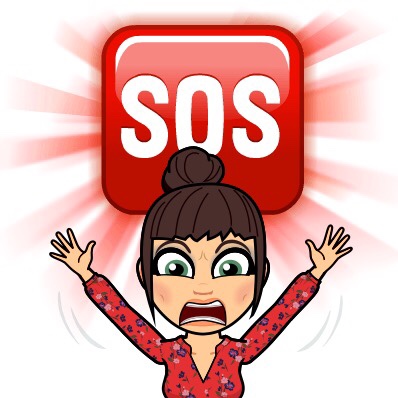 Girls don’t often interfere with the pick up plans of our friends. However this house mate of mine was in a regular pick up cycle. She’d sleep with a guy and feel euphoric that she’d met someone and that an exciting adventure together would ensue but by the next weekend, he was gone. To pick herself back up from the blow to her self esteem, she needed to pick up again. And so I watched her on the merry-go-round from hell.

We lived together for 1.5 years and were both single together for at least a year of that time, living in a prime real estate spot in Melbourne with many bars to choose from for dancing and boys! My housemate and I were chalk and cheese though. Where she was blonde (fake), I am brunette. She, tall with high heels, I, average with flats. She tanned (fake) and me, pale. She sporty and I, chubby. With a kickarse attitude and dance moves, I wasn’t short on admirers on a dance floor but in a bar scenario, she was the clear favourite with the lads.

She believed that if a man strode up to her and said things like:

I couldn’t help but notice you across the room. You are amazing. I must have you now…

Then that was true. A guy had truly seen the light and realised how amazing she was and picked her out in the crowd. I am more sceptical.

My favourite comedian, Iliza Shlesinger, and all round amazing chick puts it well (credit: Elder Mellenial)

And then I saw her.” And that lie becomes… A big part of our narrative as women, this hope that we will go out and a man is going to see us, save us, rescue us. It’s this hope that we’re going to be seen and that’s going to happen for us. And we all have this sort of shared fantasy where you walk into a… a club or a bar with five of your girlfriends who look exactly like you. And you walk in and a man picks you out of the crowd, sees you for the beautiful soul that you are, like, decides… like, there’s some DJ up there and he looks out and he’s, like… “Her.” And you’re, like, “Me?” And then your life begins, right?

So every weekend, my house mate thought this was going to happen for her.

In this particular bar, on a particular weekend, this particular guy carried out this fantasy for her. But he made one, HUGE, fatal error. It was just the two of us girls, and him. What did he do wrong? He ignored me!

This guys approach was so bad, he wouldn’t look at me when I was introduced. He stared into her eyes with the intensity of a vampire carrying out mind control and the hope that I’d just disappear. Believe me, if there was anyone else to talk to, I would have disappeared. Unfortunately his mind control worked and I became aware that he was coming home with us. He had been rude for a few drinks now so I told my housemate that he wasn’t a nice guy and I certainly didn’t want him in the house. If she was determined to be with him, they’d have to go elsewhere.

Funnily enough the two of them walked home behind me like a very confused couple trying to sort out the problems of the world. They walked forwards, they stopped, they walked backwards. I kept moving forwards and got home before them, still mad. When they had the nerve to turn up together, probably thinking I’d gone to bed, I stood at the front door, Gandalf style.

You are rude and arrogant, but this is my home. You shall not pass.

She left with him and they found somewhere else to go. She might have felt I was being unreasonable but she never said so. That was my intervention with her and I think she knew it.

My home, my rules.